Listen to this discussion with NWP Writers Council member Pornsak Pichetshote about his latest graphic novel The Good Asian. 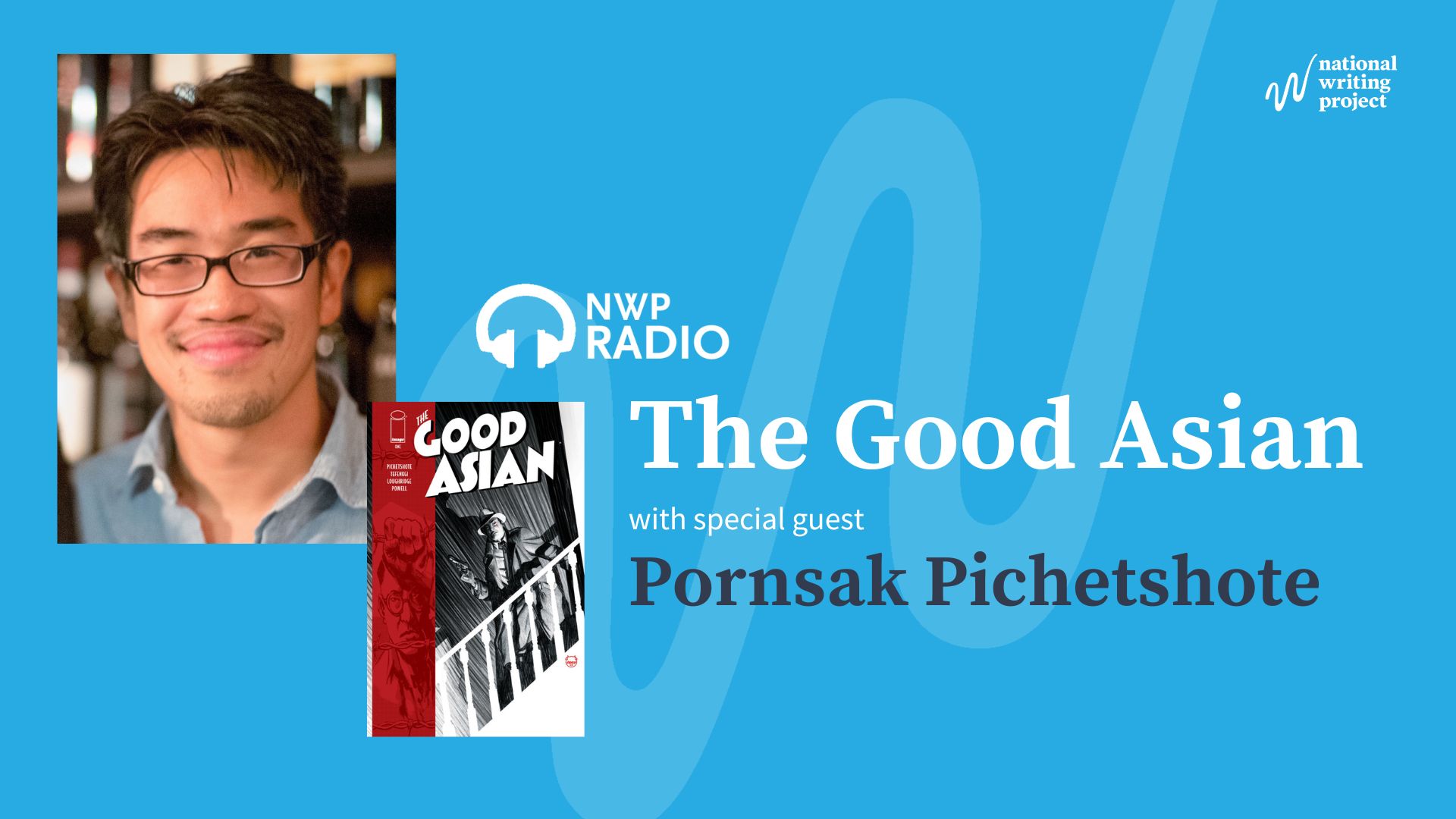 Join NWP Radio for a visit with author and NWP Writers Council member Pornsak Pichetshote. Pichetshote was a Thai-American rising star editor at DC’s Vertigo imprint where he worked on such comics perennials as The Sandman and Swamp Thing. His books have been nominated for dozens of Eisner awards—be it the award-winning Daytripper, the New York Times bestseller The Unwritten, or critical darlings like Sweet Tooth and Unknown Soldier. He left Vertigo to become an executive in DC Entertainment’s media team, where he started and oversaw DC TV’s department. He is the author of Infidel, his first major comics work as a writer, and his newest series The Good Asian which features police detective Edison Hark.

By National Writing Project
In this segment from the network, Julia Torres talks with Noah Waspe of the Ohio Writing Project podcast Write Answers about the first steps that teachers might take when introducing literature by BIPOC authors into their teaching.
Read more

‘We Always Talk About Race’: Navigating Race Talk Dilemmas in the Teaching of Literature

By National Writing Project
In this CoLab, author Ebony Elizabeth Thomas is joined by colleagues Christina Cantrill, Joe Dillon, and Remi Kalir to discuss her article "‘We Always Talk About Race’: Navigating Race Talk Dilemmas in the Teaching of Literature" which was published in Research in the Teaching of English in May 2015.
Read more