Back to NWP Radio

In this episode of The Write Time at NWP Radio, we're pleased to host a discussion with author Matt de la Peña and NWP teacher-leader Tracey Flores. 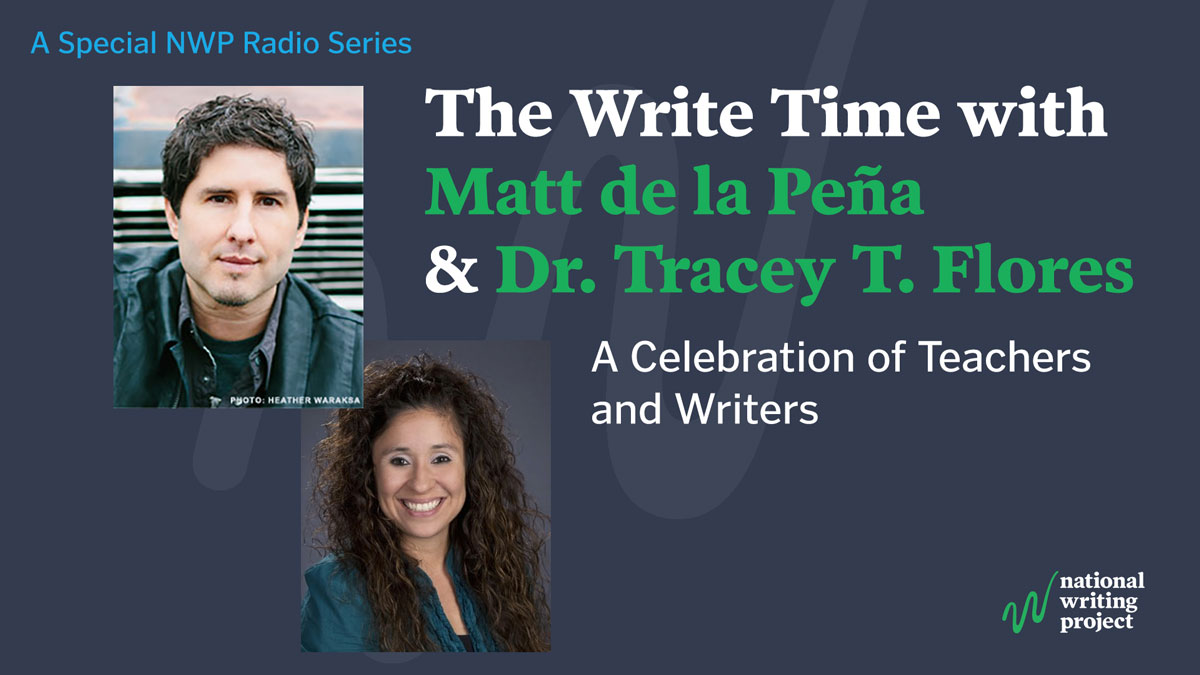 NWP Radio, in partnership with the Connecticut Writing Project at Fairfield and Penguin Random House Books, has launched a special series called “The Write Time” where writing teachers from across the NWP Network interview young adult and children’s authors about their books, their composing processes, and writers’ craft. In this episode, we’re pleased to host a discussion with author Matt de la Peña and NWP teacher-leader Tracey Flores.

Matt de la Peña is a #1 New York Times bestselling and Newbery Medal-winning author. He has penned six critically acclaimed YA novels, including Mexican WhiteBoy and The Living, which was a Pura Belpré Author Honor Book. Matt’s picture book Love was a #1 New York Times bestseller, and Last Stop on Market Street was awarded a Newbery Medal. Matt lives in Brooklyn, New York.

Dr. Tracey T. Flores is an assistant professor of Language and Literacy at the University of Texas at Austin. Dr. Flores is a former classroom teacher, working for eight years alongside culturally and linguistically diverse students, families, and communities in K-8 schools throughout Glendale and Phoenix, Arizona. Her research focuses on Latina mothers’ and daughters’ language and literacy practices, the teaching of young writers in culturally and linguistically diverse classrooms, and family and community literacies.

See past episodes of The Write Time via NWP’s Educator Innovator.

This post is part of the NWP Radio collection.