Sheila Cooperman’s documents her journey toward teaching digital writing included checking her biases and dropping assumptions. Here she explains the conversations she and her students had that led them to their new knowledge of writing as art.

To Teach Digital Writing, You Just Have to Color Outside the Lines

It used to be easy, neat, and contained.  Like an old fashioned coloring book where you knew to stay inside the lines. But staying inside the lines is hard. And every time you strayed outside those lines, you swore not to the next time. But deep down you knew that to express yourself effectively, to make the most of what you needed to say, to make your message and meaning clear, you had to go outside the lines. And it would be messy.

And that’s how I envision the development of my teaching. Nineteen years ago, teaching middle school English meant covering a required number of units and assessing students on pre-prepared multiple choice tests on the books we taught. Back then we taught the book, not the reader. Reading assessed, off we went to cover writing instruction by teaching a very structured, formulaic five paragraph essay. We used checklists instead of rubrics. We looked at requirement compliance instead of meaning. And it was neat, contained, and easy.

And then digital writing hit the mainstream of my conscience. It found a comfortable place, parked, deposited money in the meter, and stayed. I watched the tidal wave of digital affordances invade the school. In the cafeteria before school, students were energetic, engaged, and produced and consumed digital media. These students were entrenched in learning practices that made sense to them and were part of their contemporary world. When the bell rang, these same students crossed the threshold of the classroom, settled into their chairs, and left the planet. Proceeding on autopilot, many students managed to get the work done, maybe even participated, but none of these students presented as the interested, motivated, engaged people that I had seen fifteen minutes earlier in the cafeteria. 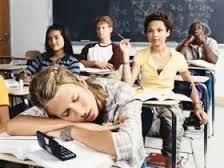 The chasm between the two was so startling that I knew the time to venture outside the lines had come. I did not have a “lesson” plan and knew that the teaching/learning for all of us would have to be hands-on. But wait, not really. After all, these were digital natives. They would know more than me. The traditional line of teacher-as-knowledge-owner and student-as-receptor would be blurred because they know so much about the digital world. But alas, I was wrong. They didn’t know as much as I thought they did, but the fault was more mine than theirs. I had to check my bias, what I assumed to be true, and then I had to reassess my own thinking.

Just because they have technology does not mean they know how to do everything. And while their interest level soared when I introduced digital writing as a regular practice, I also saw how many things I assumed were true, but weren’t. I assumed they would know what multimodal meant. They didn’t. I assumed they would understand that transferring writing from print to digital is not a copy and paste. For many, it was.  I assumed they would intuitively understand that choosing modality requires critical thinking and not choosing the first image they Googled. Not so. Many of the images were the first emoticons they could find. I assumed a lot, but once those realizations hit, I became a better teacher. 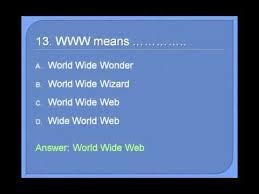 We wordsmithed. We became designers because multimodal writing is a multi-faceted endeavor including words, images, colors, font, mixed media, sound, music, voice, and a host of almost anything else that writers can mix, match, devise, and invent all for the purpose of creating and making meaning.