This article describes how a teacher introduces her students to liberatory practices and protest movements as a framework for year-round readings, writings and curriculum. Based on the understanding that part of a teacher's role is to help students make connections to moral responsibility within the world, the teacher/author designs curriculum that includes a classic novel like Lord of the Flies with its themes of injustice and places it alongside a study of trauma and mass incarceration. Reading/writing connection ideas like this are relevant to educators seeking curriculum that explores critical literacy and concepts of injustice. Community youth writing projects could also use this resource.

The Reasons We Needed Protest for Transformation

Students at our high school experience multiple stressors that all kids face: peer pressure, fear of missing out (the ubiquitous FOMO), and anxiety about the future. They also face extraordinary pressures, including generational poverty, community violence, and school instability. They live in the community of Watts in south Los Angeles, which is known for both political unrest and civic protest. I wanted to engage the students in my community in using their voices to become positive agents of change in their community.

This became important particularly in the face of ongoing struggles people of color in the United States face during times of mass incarceration and police brutality. I work on a campus that is heavily policed by armed security guards as well as local sheriffs. Students needed to understand critical takes and liberatory practices to demand their rights while existing in this space. They see themselves in Treyvon Martin and Alex, the character from Sesame Street with an incarcerated father. How are we helping them cope? Thrive?

When I imagine sharing this curriculum with teachers, I imagine what it means for teachers across the United States to teach for a more socially just world. It doesn’t mean framing texts for kids of color or English learners and leaving vast seas of white learners to simply absorb the “classics.”

In framing my unit for teachers, we begin with our own pressing needs and questions. We wonder, what is a problem we are currently facing? How can we access help and respond?

As adults, we have a world of resources that is often closed to teens: mobility, time, finances, and even the choice to surround ourselves with helpmates. Moreover, we usually know the difference between solving a problem and ignoring it.

Our students, however, are often not privy to this insider information. It would be a lot like handing me, a person who has not taken a math class in almost twelve years, a calculus book and telling me to “figure it out.” Part of our moral responsibility as educators is to help kids connect the dots; to help them figure out the ins and outs of themselves and the world around them. To say this is essential to their learning is to simply reaffirming the educational psychology that we have shared and studied for generations.

Often teachers aren’t allowed to translate their curriculum, due to district expectations and tight pacing guides. When I imagine who I’d like my students to become, I know additions to our national standards and state/district curriculums can absolutely be augmented by life skills my students need to be successful.

I always begin my pacing plans with myself as a classroom leader. Tyrone Howard, in Why Race and Culture Matter in Schools argues, “Each of us has a moral responsibility to ponder what role we are taking to challenge injustice, what questions we are posing to eradicate discrimination, and what actions we are engaged in to end exclusion and oppression no matter what shape or form it takes.”

As a teacher in an urban school (though I would argue that this moral imperative applies to all teachers in all schools), I know my curriculum needs to reach beyond college and career and into citizenship and healing.

We begin the year by considering resistance theory. In Solorzano and Bernal’s article, “Examining Transformational Resistance Through a Critical Race and Latcrit Theory Framework” the authors propose ways in which students resist: in self-defeating ways, in reactionary ways, in conformist ways, and sometimes in transformational ways. As my students become citizens of the world, I need to start considering how I am preparing them to transform their surroundings.

Howard asks, “How do we respond to the pain and suffering that young people experience in their homes, schools, and communities?” More than that, how am I helping them build the life-skills to respond after they leave my classroom? 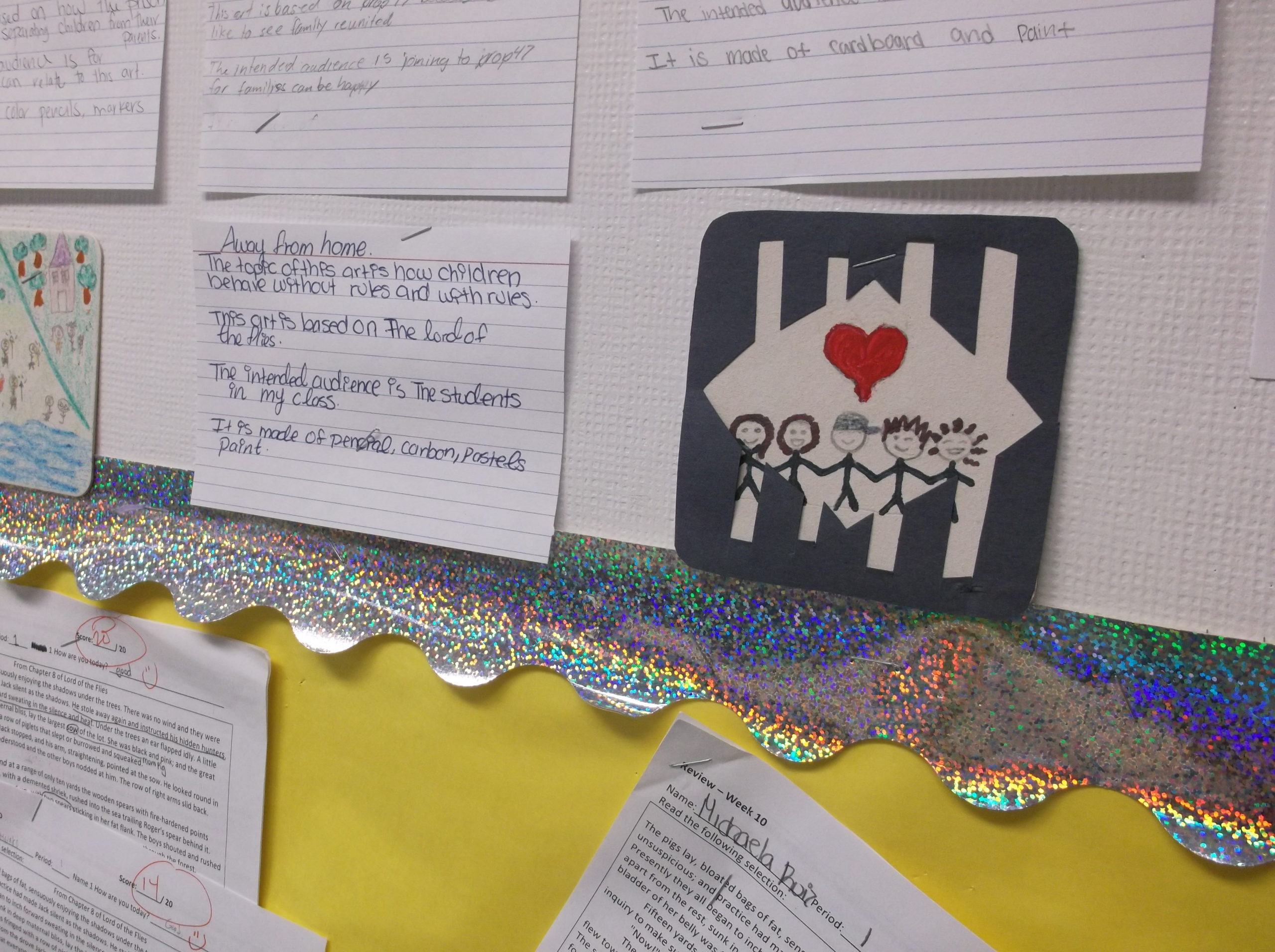 Big Unit 1: Lord of the Flies, The Prison Industrial Complex and Trauma

Our students are required to read Lord of the Flies each year. Before they read, we consider what it means to have justice and how we react to injustice. This begins with the Real Cost of Prisons Project and their poignant comic books on the prison industrial complex (PIC). My students enter school with many misconceptions about prisons, including:

Unfortunately, in the United States, this isn’t the case. Due to the massive incarceration rate, which is stilted against people of color and people living in poverty, many of my students have have first-hand encounters with the PIC. So many children have, in fact, that a new character on Sesame Street, Alex, has an incarcerated parent. We read about the PIC and Alex, and wonder about the world. Are there other unjust circumstances? Who are the targets? What happens to their families? How does one cope with such “big feelings”?

Our district encourages students to “decide” if humans are good or evil after reading Lord of the Flies. The hard part is that students often internalize the violence and loss of innocence in the book and feel that yes, they and others like them (including the boys on the island) are evil. Instead, after students learn about systemic oppression, they learn about the concept of trauma. I reach out to counselors and photocopy pamphlets. Students generally realize:

After empathizing with the puppet Alex, offering help to Jack and Ralph seemed not only natural, but common sense to my students.

In the process, student after student looked down at the pamphlets, brochures, and informational documents and whispered, “this is me.” And it was okay. We can get help and think about framing our lives positively.

As a seemingly obvious side note, I never diagnose students with anything because I am just a teacher. Students who reacted strongly to any texts were referred to counseling on campus (and some, further counseling off campus). It was, however, the first time many students were truly upset about Piggy’s death and this , I think, was due in part to the emotional connections they were making to the reading. 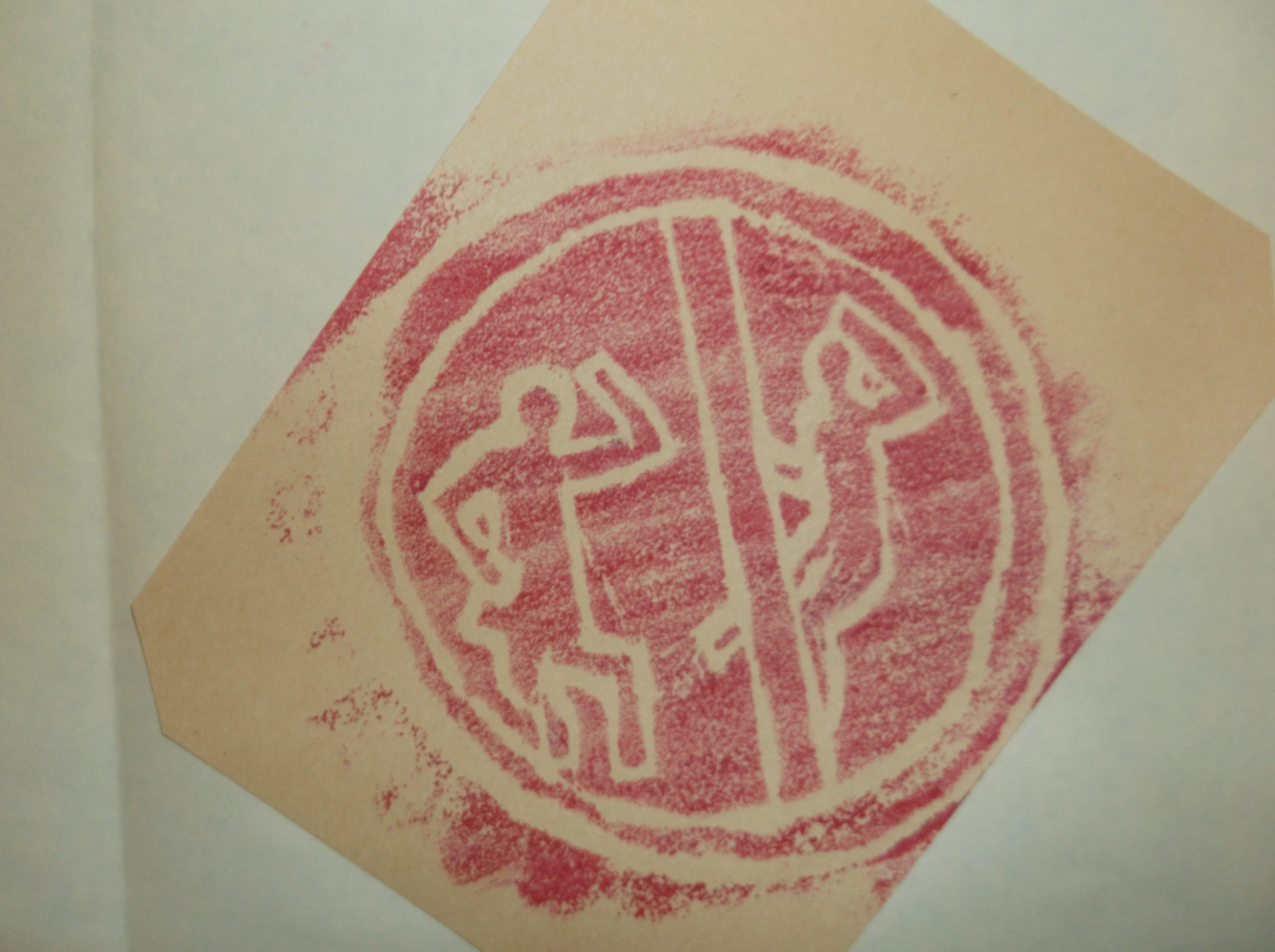 Pausing and Taking a Step Back

Our motto for the first unit was , “It doesn’t have to be this way.”

Students wondered, how should it be? What do we do? Asking for help and acknowledging problems was a tiny first step.

Protest and Song as an Outlet

The spike in media attention to police brutality pushed my students to question what they can do to change the circumstances that leave so many of their peers dead.

Rethinking Schools has a thoughtful response to these murders. We also researched protest songs and protest art. We used resources of student protest from the MAPP project, By Any Media Necessary. Students initially wrote for an audience of their peers and created memes, hashtags, and stencil art to add a visual, transferable dimension to their messages (using ideas from other students, of course). We examined models from other youth movements and from The People’s Education Movement’s Freedom School.

These models helped students to understand other liberatory practices and even extended their practices to the world beyond their classroom.

Students participated in an arc of self discovery and self expression. They wrote about domestic violence, police brutality, and their fears of deportation. They wrote letters to Governor Brown and carved a design into Styrofoam to create guerrilla art to share on our campus.

They were critical of canonical texts and instead of shutting down, ignoring curriculum, or simply passing a vocabulary quiz (the synonym of foliage is ____), they considered ways to transform the world around them.

By Pamela Morgan
Linda Christensen’s work is a great starting point and resource for anyone looking to integrate teaching for social justice into the classroom or designing/facilitating a professional learning experience focused on social justice and equity. Included with the article is a brief video interview with Christensen, a bibliography of additional Christensen articles and books, a review of her book, Teaching for Joy and Justice, and a downloadable sample chapter from the book at the bottom of this page.
Read more

By Art Peterson
This article by Art Peterson describes how Lee Anne Bell, author of Storytelling for Social Justice, explores the tension between stock stories and counter or concealed stories in order to develop an anti-racist pedagogy. As Peterson notes, "Bell's purpose is not only to expose the myths that support the stock story, but also to help those she works with create what she calls transformative stories. . . stories [that] 'imagine alternative scenarios for racial equality and articulate strategies to work toward these visions.'" Resources attached to this article include a link to Bell's Storytelling Project Curriculum and may be most useful in planning and designing professional development related to issues of equity and social justice.
Read more

By Willow McCormick
What happens when teachers asks elementary students to conduct research about relatively recent history? In this article, a writing project teacher offers a wonderful model for integrating authentic writing and social studies instruction. By exchanging letters with grandparents, her students build a deeper, personal connection to history while deepening their understanding of the Civil Rights era.
Read more
Log in or register to bookmark your favorite content
You'll be redirected back here after logging in or registering.
Log in Register