Ferris explains that he writes as a way to learn science and describes the vital role that science has played in changing the world for the better. He discusses how writing for general audiences can help scientists to "clarify their own thinking, by obliging them to put specialized ideas into wider contexts and to express them simply." This short piece could be motivating for science students and teachers to read aloud and discuss before prompting them to write their own 'why I write' narratives.

I write, in part, to learn. 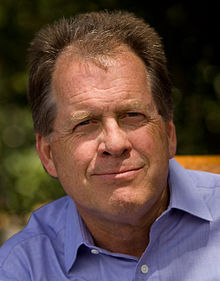 I mean that to write competently, you have to know what you’re writing about. Whether you’re composing fiction or fact, song lyrics or an instruction manual, you can succeed only to the extent that you comprehend your subject. Writing a book or essay is like locking yourself in a room with only two exit doors—one door marked “Learn!” and the other “Fail!”

Of course, you don’t just learn: Were that the case, every straight-A student would be a world-class writer.

You also create. You’re trying to make something original, beautiful, and true.

It’s hard work. You’re on your own, confronted with a blank page and the fathomless resources of language. Almost anything can be achieved on that page, from enlightening and exciting your readers to baffling and frustrating them. Artists working in other media may make excuses about tight budgets or bad sound or how the soprano had the flu, but writers have nowhere to hide. They get all the credit or all the blame. It’s a tough gig, but if you pull it off, it can set you free.

No Finer Subject than Science

It helps to have a good subject. That’s where science comes in. So far as I can see, there is no finer subject than science.

Science is the best method yet devised for finding facts, which form the foundation of any valid attempt to make sense of the world.

We hear a lot about how important it is to have faith—”you gotta believe”—but over the course of human history a great many people have believed all sorts of things that had no factual basis at all. (They believed, for instance, that one “race” of people was better than another, and that men were more capable than women.) Reason is often portrayed as the opposite of faith, but reasoning from inadequate facts can be as deadly as blind belief. Karl Marx was eminently rational but his political philosophy, put into practice, killed tens of millions of innocent people and ruined the lives of many more.

For those who wish to learn and to write about how the world actually works, as opposed to what the logic-choppers may conclude or the true believers shout from the rooftops, science is the answer.

Plus, science is genuine news. Historians are obliged to breathe life into events that transpired long ago-and some are very good at it; every writer should read history—but science is making history right now. We today may not be sure about the lasting historical significance of current events such as the great recession or the upcoming elections, but who can doubt the importance of scientists’ having discovered more than 600 planets orbiting other stars? When I started writing this essay that number stood at 400; by the time you read it, the total may have surpassed 700. New worlds are being discovered nearly every day!

Science is not just novel; it’s revolutionary. Prior to the rise of science, almost everybody in the world lived under the thumb of secular and religious authorities—from the kings who kept their swords and maces readily at hand to the priests who handed down dicta in the name of God. Today, more than a billion people live in free societies where they can elect their leaders, read and watch what they like, and speak out as they see fit. That welcome change is due mainly to the scientific revolution, which undermined illegitimate authorities by showing how often they were wrong.

Lesser revolutionaries may promise future utopias, but the “virtuous circle” of science, technology, and freedom from arbitrary authority has already demonstrated its effectiveness: Since it got going, the average human lifespan worldwide has more than doubled, while the median income rose by a factor of ten. So if you’re interested in helping people and changing the world for the better, keep an eye on science.

Scientists too are invited to try their hand at science writing. Many already have—I’d say that half of the first-rate science writers are working scientists—and they confirm that writing for general audiences can help them clarify their own thinking, by obliging them to put specialized ideas into wider contexts and to express them simply. To paraphrase Ernest Rutherford, if you cannot explain your theory to a bartender, it’s probably flawed.

Science writing may seem daunting, but you’re going to fill that blank page with something: Why not make it something that’s not just beautiful, but also true?